Boats have always had the power to inspire people. They have been the impetus behind countless songs, paintings, works of literature, and early retirements. West Marine’s founder and chairman, Randy Repass took his passion for boating, channeled it into a prosperous business, and revolutionized the way people shop for boating supplies.

What has become the world’s largest boating supply retailer started modestly enough in a garage in Sunnyvale, CA. Mr. Repass saw an opportunity to improve the way people shopped for boating supplies. According to Mr. Repass, he was frustrated by the experience of shopping in local chandleries for the parts he needed to outfit his modest daysailer. “Boat supply stores in those days were usually dark, disorganized places staffed by a couple of salty, but indifferent clerks who preferred swapping sea stories with one another to helping customers find what they came in to buy.” In 1968 he began selling nylon rope by mail order under the name West Coast Ropes. Occasionally, adventuresome customers would even drop by to pick up their orders in person.

“I decided from the beginning that I wanted to take care of people,” says Mr. Repass. “The high-tech industry I had been working in didn’t provide me with an effective way to do that. But the boating industry gave me the opportunity to really enjoy my work and interact with customers who shared my interests. I was having a blast and building a business at the same time.”

The first West Coast Ropes store opened in Palo Alto, CA in 1975. Besides carrying the quality rope the business was built on, the original store stocked a small selection of basic boat supplies including anchors and fenders. Though the selection was meager at first, the service was outstanding. “We were, and continue to be, a company of boaters helping fellow boaters. From salespeople to top-level management, our associates are intimately familiar with the boating needs of our customers,” says Mr. Repass. “We believe that it’s just as important to offer knowledgeable service and support as it is to offer top-flight products.”

As more and more customers discovered the store, they asked for a wider variety of products: antifouling paint, cleaners, electronics, safety equipment, foul weather gear, and the like. The staff listened and the product line grew. In 1977, the company acquired some of the assets of Boston-based West Products, a well-known mail-order business, and changed its name from West Coast Ropes to West Marine Products to reflect its expanding selection. In 1978, West Marine introduced its own wholesale division, Port Supply. This allowed the company to sell products directly to boatyards, charter fleets, boat dealers, and government agencies.

Buoyed by the success of the first store, West Marine began adding others all over the West Coast, both through acquisition and expansion. By 1987, there were 15 stores with a growing assortment of marine products.

To better represent West Marine’s growing product line, it was decided to present the Company’s entire selection in one comprehensive, easy-to-reference volume. In 1987, the Company introduced its first master catalog— 330 black-and-white pages packed with boating gear.

In the fall of 1991, West Marine opened its first stores on the East Coast in Florida and Maryland. More stores followed in Virginia, New York, Connecticut, Rhode Island, and Massachusetts. Then in 1993, the company went public under the symbol WMAR on the NASDAQ exchange.

In 1996, West Marine merged with one of its oldest and most respected competitors; E&B Marine. West Marine marked another milestone in 2003, by acquiring the retail and catalog divisions of long-time competitor BoatU.S. Dynamic expansion continued and West Marine opened their first of five franchised stores in Istanbul, Turkey in 2008.

West Marine opened the biggest boating store in the U.S. in Fort Lauderdale, Florida in 2011. This 50,000 sq. ft. store, not only had an expanded selection of core boating products, but it offered a large selection of footwear, casual and technical apparel for those who enjoy being out and on the water. Customers’ responded positively to the larger store format where they could get everything they needed for a great day out on the water, in one location.

For more than 50 years, West Marine has been the premier retailer of boating, fishing, sailing, and paddling gear. With more than 240 stores located in 38 states and Puerto Rico and an eCommerce website reaching domestic, international, and professional customers, West Marine is recognized as a leading resource for cruisers, sailors, anglers, and paddlesports enthusiasts.

Throughout the years, West Marine has continued to rely on outstanding customer service, selection, and quality as its anchor and that’s been the secret of its success. 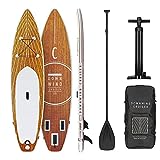 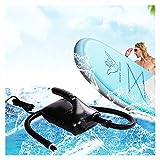 WAVEY BOARD Inflatable Stand Up Paddle Board for Adult 10', 6" Thick Blow up SUP Board with SUP Electric Air Pump 20PSI, Aqua
$299.99
Buy on Amazon
New 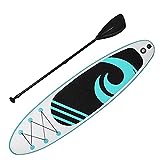 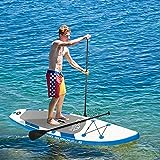 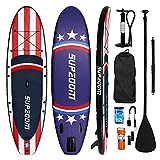 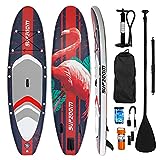 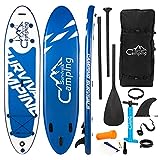 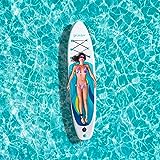 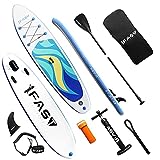